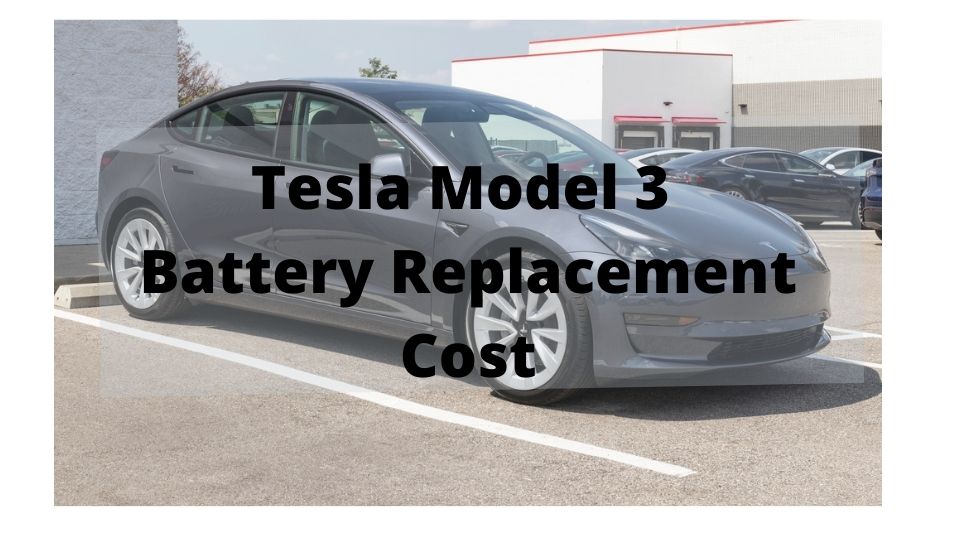 So, you just bought your brand new Tesla Model 3, but now you’re starting to worry and wonder whether the price of battery replacement will be too high. But there’s no need to worry because in this article I will explain how much it actually costs to replace a battery in a Tesla Model 3.

The Model 3 battery is a very complicated component that requires many tools to remove, which means it should be done by a professional.

The cost of replacing a battery on the Tesla Model 3 will vary depending on which company you go with. The prices will range from $13,500 to $14,500 per battery.

The labor costs for replacing the battery on the Tesla Model 3 vary widely as well. They can range anywhere from $1,500 to $3,000 depending on the company you choose and what kind of service they offer.

How Long Does a Tesla Model 3 Battery Last?

Tesla’s battery warranty is long compared to its competitors.

Tesla said that its batteries are designed to retain at least 70% of their capacity over eight years or 100,000 miles, whichever comes first. The company said that the Model 3 was “designed for maximum performance in both hot and cold climates,”

The battery life of the Tesla Model 3 depends on your charging habits.

If you have a long daily commute or often drive long distances, you will need to charge your Model 3 more often and at higher capacities than someone with a shorter daily commute.

The more you charge your Model 3, the faster it will degrade due to the nature of lithium-ion batteries.

If you’re concerned about your Tesla Model 3’s battery life and want to extend it as much as possible, try to charge around 100% most of the time when necessary.

How Often Should You Replace a Tesla Model 3 Battery?

A Tesla Model 3 battery is designed to last for up to 100,000 miles and should be replaced every 8 years, so replacement shouldn’t be a major concern for most drivers. It is recommended that you replace the battery at the right time if you want to continue using the car in its original state.

Teslas have been around since 2003 and have been used as company cars by many people. The battery pack is expected to last between 8 and 10 years with regular use.

1) Stick to the Same Charging Routine

A good practice to keep your battery healthy is to charge your car every day and never let it discharge completely. This will provide a consistent, moderate charge for the battery, which will help prolong its life.

When you leave your car plugged in overnight or for long periods of time, make sure you set a daily charging routine so you don’t overcharge your car.

Tesla offers a Preconditioning feature that lets you control the climate inside your car so it’s warmer or cooler when you get in. If you own a Tesla, use this feature to start heating or cooling your car before you actually get in, and set it to start charging your battery at the same time.

2) Make use of regenerative braking often

Regenerative braking is a technology that uses the electric motor in your car to slow down the wheels when you apply the brakes. This method converts kinetic energy into electric energy, which can be used to extend the range of your Tesla’s battery.

Regenerative braking is most effective when it is used consistently and when you drive at lower speeds; it won’t help if you are going downhill at 60mph! To maximize this feature, simply press down on the brake pedal gently while driving slowly (under 30mph).

Regenerative braking is a futuristic method of recharging your electric vehicle’s battery by using its momentum to generate electricity. This reduces the amount of electricity that must be consumed from the battery while driving and can improve the overall range.

The more aerodynamic a Tesla becomes, the more efficiently it will travel through the air and the fewer watts of energy it will need to move forward, increasing range and improving battery life.

If you find yourself needing to charge your Tesla often, consider purchasing either a second charger for your home or an additional portable charger for on-the-go charging. It is important that your Tesla battery doesn’t completely discharge.