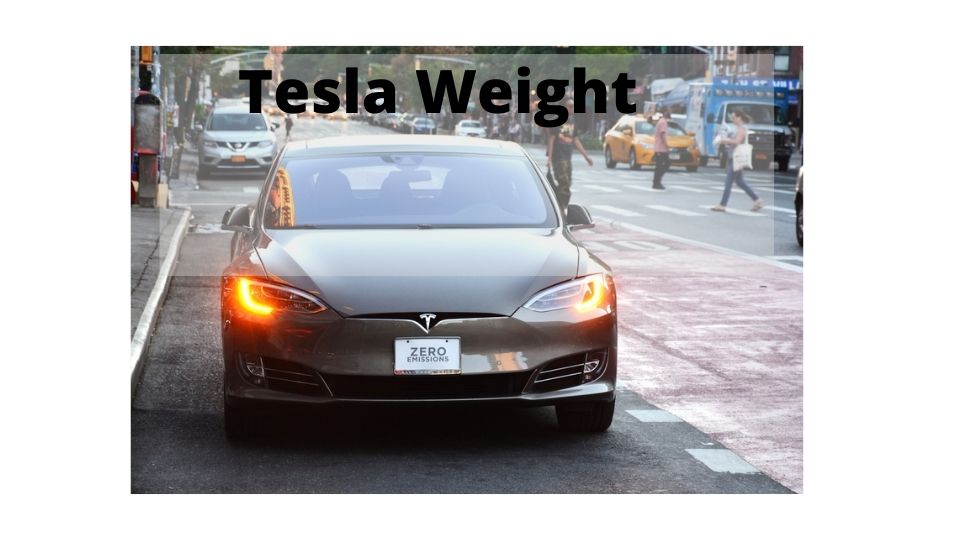 You might have heard a discussion about how heavy Tesla cars are. But the topic might not seem to be an exciting one when it comes to Tesla electric cars. Tesla cars are so fast, safe, and monster on the track despite being so heavy. So, how much does a Tesla weigh?

In short, The average weight ranges from 2723 lbs to 5390 lbs. The Tesla weight variation is due to different models. A Tesla roadster model weighs 2723 lbs, and an X plaid model is about 5390 lbs.

Tesla cars are heavier due to metal armor around the battery, reinforced suspensions, and framework. The additional weight on these electric cars has its advantages and disadvantages. Let us dive into this article for more insights.

Tesla varies in weight due to different models and many other factors. Let us now discuss different Tesla models with their respective weights.

It is the first generation electric sports car made by Tesla. Besides that, the roadsters first-generation model is the lightest vehicle to date with an average weight of 2723 lbs. The roadster second-generation weighs around 4400-4700 lbs. The additional weight is due to the comprehensive modification to improve its performance.

It is the first midsize luxury electric vehicle from Tesla. Tesla is a real game-changer when it comes to speed, luxury, and performance.

It is a midsize SUV with aluminum material and steel reinforcement. Besides that, the SUV is the largest and heaviest production by Tesla to date. The Tri-motor Plaid model has an average weight of 5390 lbs, whereas the standard range weighs 5185 lbs

It is among the newest Tesla models with improved performance. The crossover vehicle comes in two forms with almost the same weight. The latest models have an average weight of 4555 lbs, while the earliest counterparts weigh about 4065 lbs.

It is another midsize sedan with four doors. Both the Long Range and Performance models have an average curb weight of 4065 lbs. Tesla Model 3 with a single motor rear-wheel drive has a curb weight of 3880 lbs. The modification does not alter vehicle performance.

Why Are Tesla Cars Heavier Than Their Competitors?

Multiple factors determine how heavy Tesla cars are. Let us discuss the different Tesla curb weight features that are involved:

Metal Armor around the Battery

Tesla cars have a robust shell around the battery to offer maximum protection. These batteries are vulnerable to an explosion in case of a puncture or severe damage. The shell comes from an armor-like material that protects the battery. The heavy-duty metal adds extra weight to the Tesla cars.

Tesla battery packs provide adequate electricity to run the motor and other electrical components. The battery pack gets super heavy due to the numerous cells.

Tesla cars are the most robust electric cars due to the thick and heavy-duty metals involved. The strong bodywork helps prevent crumbling in case of a collision. But the robust structure ends up adding extra weight.

Most electric vehicles from Tesla have numerous onboard computers, cameras, and sensors. These electronics might add dozens of pounds to the Tesla.

Tesla focuses on improving the comfort and luxury of its vehicles. The plush seats and heating elements add extra pounds to the vehicle.

But these features are worth it since they help bring out extra comfort and luxury.

Tesla electric cars have an external charging system that replenishes the battery when plugged into the vehicle overnight. The addition of other internal components that convert electricity to charge will make your vehicle weigh more than others.

Tesla cars have robust suspension frameworks that help deal with the weight. But these beefier suspensions also add some extra weight. These suspensions help enhance smooth rides by managing the bumps on the road.

The Tesla curb weight distribution does not affect the car’s speed and performance. But it will inhibit handling that later affect the overall speed.

Most modern Tesla cars have relatively more rear weight to bring a substantial speed difference than other traditional vehicles.

Thanks to the battery location and other heavy-duty components at the rear side. These features scale up the rear side weight more than the front end. Inappropriate weight distribution among Tesla vehicles will affect braking, acceleration, handling, and cornering abilities.

Tesla cars are significantly heavier than other traditional vehicles with internal engine combustion. These cars are super fast and safe on tracks despite being so heavy.

The average weight of a Tesla ranges from 2723 lbs to 5390 lbs. These weight variations are due to technological advancement and Tesla models.

Do not focus on Tesla’s weight when buying since it does not affect the performance and driving experience. Instead, it brings more stability on the road and improves general handling.

Some of the Tesla heavyweight caveats are increased wear and tear on the tires will incur more replacement costs. But Tesla cars have fewer maintenance requirements than their traditional counterparts.