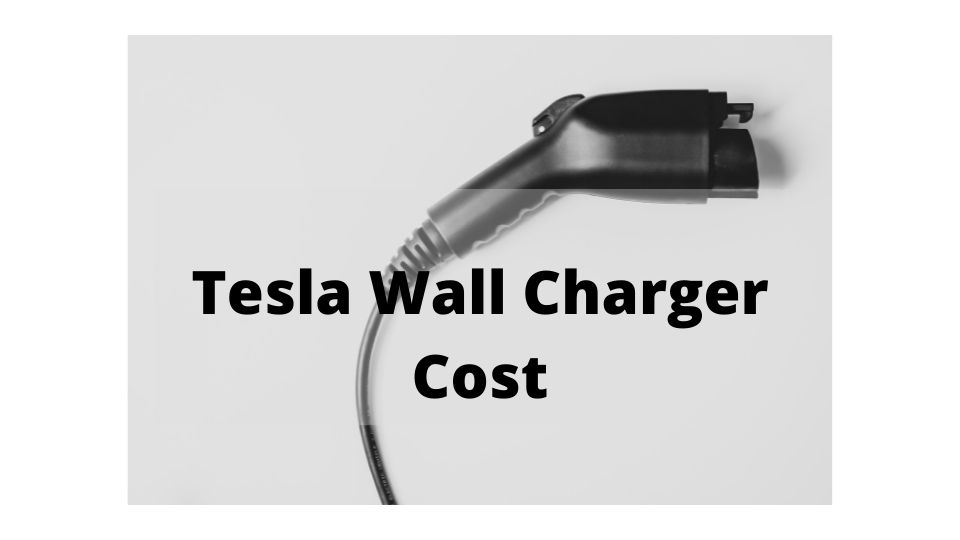 Do you own or are getting a Tesla and wondering what it costs to install a wall charger in your home? This article is going to answer that question for you in the best way possible.

We will be looking into the various options available to you and all the possible pros and cons of each. If you own a Tesla, one of the main advantages that you will have over internal combustion engine owners is that you can actually fill up your vehicle from home.

No need to go to the gas station to get that done. Of course, the Tesla equivalent for that would have to be the superchargers but more on that later.

For the most part, charging a Tesla is going to take around 8 to 10 hours and this can be done overnight, the same thing most people do with their mobile phones.

However, people who live in apartment buildings will have challenges charging at home unless there are chargers fitted where they live.

In this case, they will have to rely on Tesla supercharger stations. Tesla does not recommend using this as your main charging option as your battery will deteriorate quicker.

How Much Does it Cost to Install a Tesla Home Charger?

If you want to install a Tesla home charger, it is going to cost you $500 to buy the home charger from Tesla plus the installation cost.

How high or low the cost is will depend mainly on the distance between the breaker and where you want to install the home charger.

The wiring and labor costs of running the wiring from the breaker to the charger is what will be most expensive. Factor in the fact that the cost of 6 gauge wiring has more than doubled in most places from 3 years ago and you will get an appreciation for why the cost is where it is.

Are There Cheaper Alternatives to The Tesla Home Charger?

What other alternatives are there to the $500 Tesla home charger? Well, there is an alternative way to get just about the same charging capacity as the home charger and that is to use the portable charger.

If you are fortunate enough to have a NEMA 10-50 wall socket in your garage which is primarily used for connecting dryers, you can use a Tesla portable charger on that. It has 50 AMP capacity which is the amount that Is best for Teslas.

You could, in principle, use a power outlet to charge a Tesla but it will take 3 days to get a full charge but the higher likelihood is that your circuit breaker will trip due to the large draw from the Tesla.

If you do not already have a NEMA 10-50 outlet already, you will want to install a NEMA 14-50 power outlet which is better suited for the job.

Installation of the cabling will be, more or less, the same as for the wall charger but you forego the $500 wall charger cost and use the portable charger instead.

The Wall charger charges at a slightly faster rate which is an additional 7 miles per hour. If you are charging overnight, the advantage is negligible as you will get a full charge using a portable charger.

Can I Install a Tesla Charger Myself?

The answer to that is yes and, it depends. You definitely can, in principle, install the Tesla charger by yourself. All you are really doing is running wires from your breaker box to the place where you want the wall charger to be.

The problem is that this is not always a straight line. You will, in all probability, meet one or several other obstacles.

This means that you will most likely need to do a lot of drilling, run cabling through the ceiling, insulation, and all that other stuff. You need to think about the labor, tools as well as expertise required for the job. Sometimes going cheap can end up being expensive or risky if you fail to do the job properly.

What Size Breaker Do I Need For a Tesla Charger?

Tesla recommends that you use a NEMA 14-50 outlet with 240 volts. The outlet has a 50 AMP rating which is higher than the range that is required on a standard Tesla charge.

Though you can do it, it is not recommended to charge a Tesla on a regular 110v outlet. It has been described as trying to fill your tank with an eye dropper as it only charges 3 miles per hour.

As you can see from this post, the cost of installing a Tesla wall charger will vary and the options are available to you allow you to choose the best route for you.