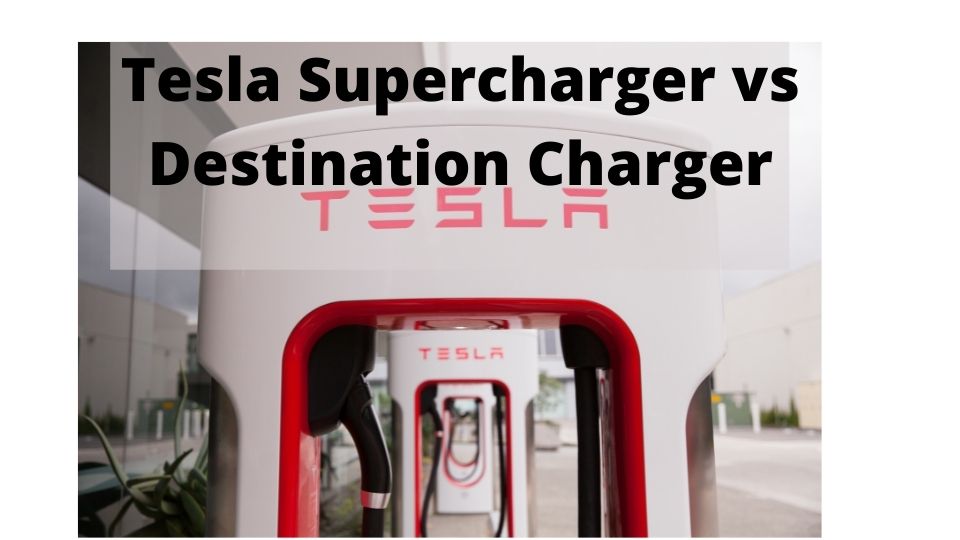 Tesla cars have brought about a revolution in not just the automotive industry, but in our infrastructure as well. The company makes electric cars that require charging in order to function.

This charging facility is provided at numerous charging stations across the world, with many more to come. But there are two types of these charging points, raising the debate of the Tesla Supercharger vs Destination Charger.

In short, the main difference between Tesla Supercharger and Destination Charger is supercharger offers the consumer a super quick charging facility. This means that they can charge up quickly and be on their way. Whereas the Destination chargers are slower when it comes to charging speed. They’re for when you’re not in a hurry or there isn’t a supercharger nearby.

A Destination charger is essentially a Tesla wall charger installed on private property. This is usually installed by what is called a Tesla partner.

As a result, this is usually a slow charger as compared to the Supercharger. When you use this charger, the minimum charging time that you can expect is an hour.

The miles per hour that you get from the Destination charger vary from 30 mph for the Tesla Model 3 Standard and Model X to 44 mph for the higher-end Model 3.

So yes, this type of charger can also give you a maximum charging time of 12 hours. Therefore, you are recommended to use this charger if you are planning on staying somewhere for a long period of time.

Hence motels are one of the best places to use when you’re traveling long distances. Restaurants also make fine spots for this.

Yes and no. Destination charging is completely free if you’re a customer/patron at the spot that has installed it. There are some areas that allow you to use the charger for free.

Can anyone charge a Tesla with a destination charger?

Yes, anyone who’s a patron of the establishment that owns the charger can use it. All you have to do is ask for the permission of the owner/manager at the place in question.

They’ll likely ask you to pay for it or get some sort of membership. As far as non-Tesla users are concerned, they too have access to its charging capabilities.

This is because you often get a Type 2 charge point along with a Destination charger. So, this makes the charge accessible to other EV users as well.

Now this one’s the real deal and it created a lot of hype when it was introduced. The Tesla Supercharger is also a charging facility that is completely controlled by Tesla themselves, instead of some private property owners.

This is the fastest charger available on the road. A Supercharger works at 480 volts of electricity and it is able to charge up your Tesla’s batteries in about 75 minutes.

How much does it cost to charge a Tesla Supercharger?

Now the only major downside to the Tesla Supercharger is that it costs money to charge it. The cost per kilowatt is $0.25. This cost applies to all of the Tesla models that were purchased after January 2017.

If you have a Tesla from before that, then the charging will be free. Tesla initially offered a lot of free supercharging with new purchases but they’ve stopped now.

You can always look for new deals though. Tesla still offers you free supercharging credits, which add up to around 1000 miles per year.

Can I charge a non-Tesla at a Supercharger?

Yes, and it is all thanks to the Tesla Pilot program. This program has been expanded to allow more non-Tesla users to fill up their EVs with Tesla’s energy. Now, it is important to note that this facility is still becoming more available and it may not be offered everywhere.

How long does it take to charge a Tesla at a Supercharger?

The Tesla Supercharger is the clear winner here due to its quick charging time. You can get a lot of range after stopping to charge with it for just a couple of minutes.

It is paid though so that’s the only disadvantage. The Destination charger can also behave as an alternative when the going gets tough.

It’s slow but it’s usually free if you’re a patron at the establishment that it belongs. Either way, there are thousands of these chargers available worldwide and they’re a blessing.