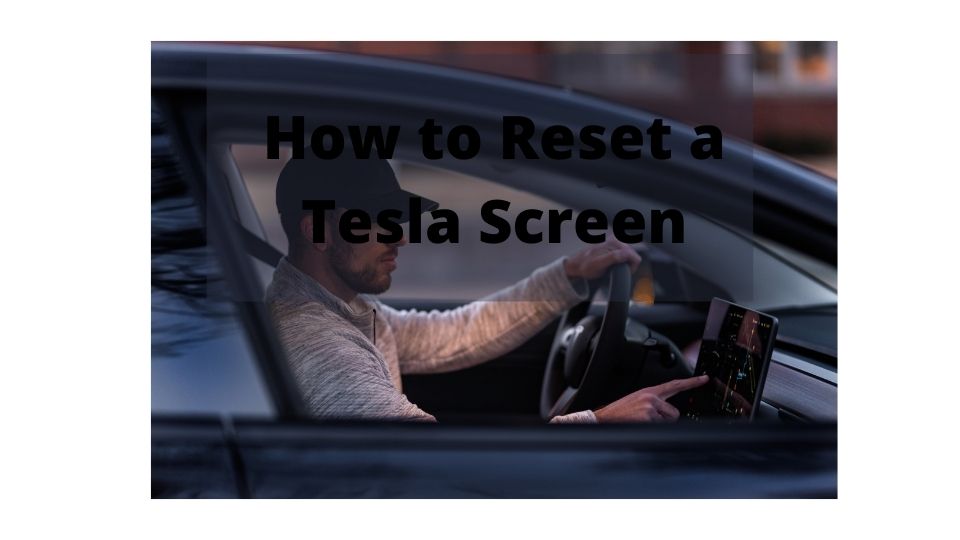 Computerized gadgets are often plagued by freezing and in operation. The most obvious solution for this case is resetting or what technocrats call rebooting. Tesla vehicles are highly computer-based and might from time to time need refreshing.

The idea of rebooting a car might seem odd and all but restarting a Tesla is as simple as restarting your PC or smart device, if you follow the correct procedures of course.

Tesla as a manufacturer understands that their vehicles will need resetting frequently- they have put in place user-friendly processes for that very purpose. A simple long press on the scrolls on the steering wheel should do the trick.

With the strong software installed in Tesla vehicles, the problems to expect from these cars’ configurations are mild and should be fixable by simple rebooting.

Resetting the screen or display is the most common form of rebooting in Tesla models. It is done to fix issues such as music system failure, frozen display, and a few others. It is pretty simple and swift- you can even do it while driving.

Resetting your screen will only affect the infotainment area and all other critical car components will function normally.

It is so swift that the only change you will notice is the darkening of the screen for a minute before it turns back on. For this period, you will not be able to read your speed if you are driving.

Other areas that might be affected include the turn signal which will go off and all other features that rely on the screen and sound system.

To reset the screen, all you need to do is to press strongly the scroll wheels on the steering wheel. After a few seconds, the screen should turn dark before restarting after a few minutes.

Upon restart, you should see the Tesla logo followed by the various screens appearing subsequently. The entire process should not take more than 4 minutes.

How Can I Reset The Entire System In A Tesla?

It is very much possible to restart other critical components other than the screen in a Tesla. There are two ways to approach this activity: soft and hard reboot

Soft rebooting simply means, restarting the vehicle while maintaining power to other vital areas. You can liken it to smart device rebooting.

This type of reboot allows a Tesla to restart the software while the onboard electronics remain free of discharging and recharging.

For Tesla owners, there are two types of soft reboots: touch screen reset and full vehicle reset. The latter represents a basic resetting option but one that involves more systems than usual-it is also called power cycling.

This option is a little complex and practical. It involves the disconnection of the 12V battery to allow the various electronics to discharge.

After all the systems have cooled off, you can reconnect the battery. This option is only advocated for if the Tesla service station is too far away or the mobile tech is a little busy.

It involves taking out the car’s most vital component-the battery and getting into direct contact with the car’s high voltage power supply. If you are inexperienced, this could get a little difficult if not dangerous.

The whole Tesla reset topic can be tough to get around because of the misuse of certain terms. The hard reboot option is described as a full vehicle reset although not all car components are disconnected from power by simply taking out the battery.

A full vehicle reset should in clear terms take away power from all the car’s systems but in a Tesla, the onboard computer system is independent of the battery in terms as far as the power supply is concerned.

If the hard reboot is really a full vehicle reset then it should take away power from all areas like in a mobile phone when the battery is detached.

When Should A Tesla Vehicle Be Reset?

Before we delve any deeper into this subject, we need to understand a very crucial term: MCU. It stands for Media Control Unit and it comes in two versions:

MCU1 and MCU2. Rebooting a Tesla employing MCU1 is a little different from rebooting a Tesla installed with MCU2. MCU is the large screen unit on the car’s dashboard and for MCU1,

you can reset the screens independently while for MCU2, the reset affects both screens. A soft reboot will switch off one of the following:

the instrument cluster or touch screen. A hard reboot will affect the vehicle’s entire computer system- it will power it off and then on again.

If it is possible, pull over before pressing the buttons. Resetting while driving will not affect the car’s drivability but you will not have access to any information or functionality previously displayed on the screen.

This includes headlight and speed information among others. The HVAC system is also affected by the reset and will only be available after the reset is completed.

The autopilot feature is independent of this reset and will remain functional even when the car is resetting. This should not make resetting while in autopilot mode any safer although experienced drivers have nothing to fear.

If you are inexperienced in handling high voltage systems, you are advised not to attempt this reset option. The risk is high as electrocution can occur very easily and result in vehicle damage, and direct injury.

The below process is not recommended but since it’s what the tech guys do at the Tesla center why not do it yourself. A soft reset might be safer but some issues need the disconnection of the 12V.

Almost all systems in the Tesla vehicles are run by computer. This is a huge advantage in terms of efficiency but a major disadvantage too- computer systems tend to stall and slow down when pushed too hard.

This might be a cause of panic to novice Tesla owners but a brief understanding of Tesla systems reset can save you time and probably money.

The most basic step is pressing the two scroll wheels on the steering wheel. If this fails, you might need to take out the battery.