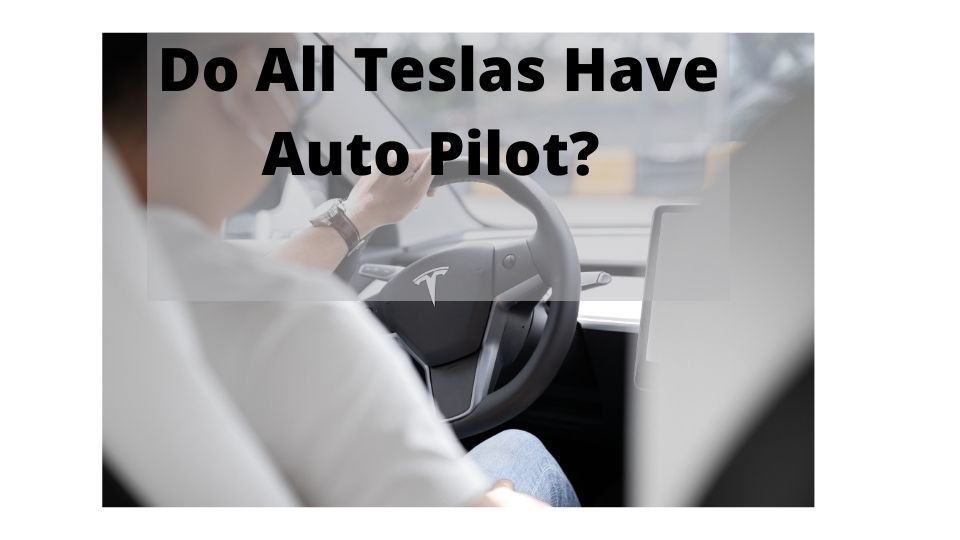 Tesla cars aren’t just ideal for earth lovers but they’re trendsetters as well. These cars are built with some of the quirkiest yet some of the groundbreaking tech on the planet. One of these technologies is the Tesla Autopilot feature. In this article, I am going to provide an answer to the common question ” Do all Teslas Have Autopilot?” read on.

Do All Teslas have Auto Pilot?

In short, Yes, all of their new Tesla cars (ones built after Sept 2014) have Autopilot. This is a standard feature today so it is a part of the heavy price tag of a Tesla. Since this doesn’t apply to older models; in that case, the owner can upgrade the car to have either Autopilot and/or the Full-Self Driving Capability.

There are many misconceptions about the autopilot feature’s availability though. The following article should clear everything up:

Do All Teslas Have Self-Driving Features?

No, and there are two sides to this. First of all, there’s a difference between autopilot and self-driving. The former helps you by maintaining your speed and helping you steer in marked lanes.

The latter adds goodies such as automatic lane changes and parking, and a proper following of the navigation. Today’s Tesla cars will come with the Autopilot installed but a Self-Driving feature is an option. So, yes only some of the Tesla cars you’ll see in the used car market will have the said gadget.

Which Tesla Does Not Have Autopilot?

As mentioned above, if the Tesla in question was manufactured after September 2014, it probably won’t have Autopilot. This means that the Tesla Model S and Model X can be troublesome in this regard if you’re getting a used version.

It can also happen that sometimes the used Tesla may not have the Full Self-Driving option enabled. These features can be taken away by the company sometimes whenever a Tesla is sold. So, what do you do in this case? It is rather simple; you can still have the car upgraded to obtain the feature.

If Full Self-Driving is paid for then you can even have it done for free. If you’re buying a new Tesla though, you can be sure that you’re not missing out on this attribute.

It is worth noting that the functionality will still be different from the newer models. This is due to the differences in hardware and software that Tesla keeps on upgrading their newer cars with.

How Do I Know If My Tesla Has Autopilot?

If you have a Tesla Model 3 or Model Y, you don’t have to worry as they’re sure to be fitted with the necessary hardware for the job. The problem may exist when we consider the veteran makes such as the Model S and Model X. You can confirm if your Tesla has the Autopilot or Full Self-Driving feature on it.

All you have to do is visit the Additional vehicle information page of the car. Over there you’ll see all of the available hardware, including the one for the Autopilot.

What Is the Cheapest Tesla with Autopilot?

The Tesla Model 3 is the most inexpensive offering from Tesla that’s got the Autopilot. We’ve established that the entire Tesla lineup comes with Autopilot as a standard offering.

This means that you’ll get the Autopilot no matter which new Tesla you buy. So no, it isn’t some exclusive feature. Since the Model 3 is the cheapest overall, it’s also the cheapest Tesla with an Autopilot. You can get this car brand new starting at around $50k dollars depending on where you live.

Is The Tesla Autopilot Worth It?

There are several sides to this question. Some people only want to buy a Tesla because they think that the Autopilot feature is cool. Others want to add Full Self-Driving capability to their existing Tesla.

The answer is the same though and that is: it is quite useful but it is limited in its capabilities. The Autopilot definitely saves you a lot of trouble when you are traveling over long distances.

This feature is exceptionally useful according to Tesla if you’re not a good driver. You should note that the Autopilot and Self-Driving features still require you to be attentive behind the wheel. As a result, it isn’t completely autonomous as you may think so.

Another limitation is that there are rival cars with better driver-assistance features. Overall, the Autopilot and Self-Driving features are worth their extra prices if you get a new Tesla.