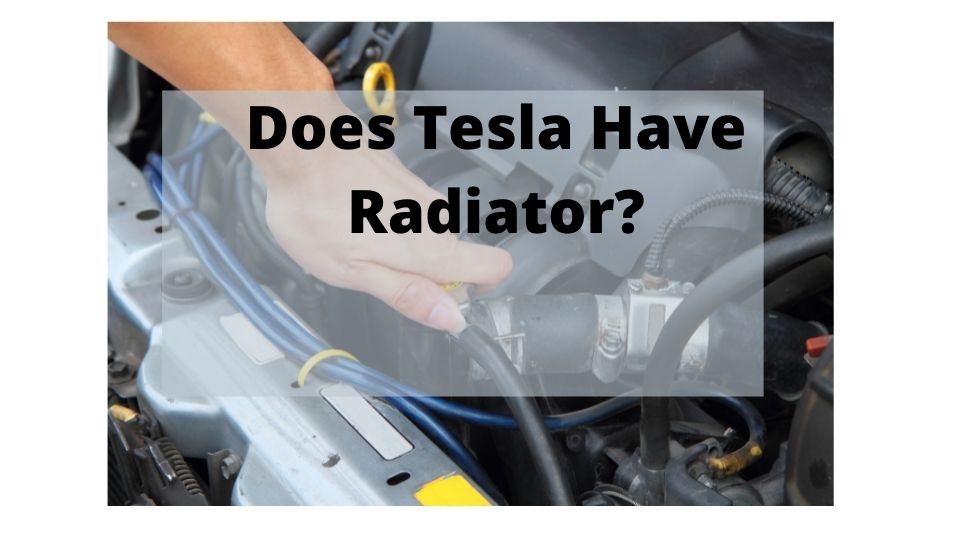 Electric vehicles run on motors and batteries which produce a lot of heat. The need for heat management in electric cars is quite obvious. In automobiles, the most common heat management option is usually the radiator.

Do Teslas have Radiator?

In short, yes, Tesla models do have radiators though smaller and less used. As years progressed, faster and stronger electric cars have come to be. This created the need for more efficient heat management systems.

With the new inventions in place, the radiator was less needed- the radiators present in Tesla models are smaller and less noticeable.

Electric cars are highly efficient and produce less heat compared to their internal combustion counterparts. The heat in an internal combustion engine is generated as a result of millions of explosions per second in the combustion chamber while in electric vehicles; the heat comes from the batteries and motor.

The batteries in EVs need to be maintained at approximately 28 degrees Celsius. To do this, Tesla relies on liquids called coolants. The liquid is added to the motor system and changed every 150, 000 miles. The belts and pulleys in the conventional radiators are eliminated and replaced by a more efficient system of cooling.

How Does The Tesla Electric Vehicle Cool?

The battery packs in Tesla vehicles are compact and tend to overheat pretty quickly. They are made of lithium-ion battery cells which when allowed to overheat can cause a lot of damage to your car.

The most efficient method to keep the heat at bay is the addition of coolant liquids. For the coolant to be effective, it has to reach each battery in the pack.

The components used in the manufacture of the coolants are very expensive but the liquid’s effectiveness compensates.

For a 75kWh Tesla battery pack, the liquid coolant costs upwards of $320. For other brands, it’s cheaper but with the price comes quality. The Tesla cooling system allows each battery cell to have independent and direct contact with the coolant.

The elimination of middle agents makes cooling faster and more efficient. The fluid coolant is driven into the battery pack via a special coolant pipe that runs between the battery cells.

With some Tesla vehicles packing up to 7000 battery cells, the need for an efficient cooling mechanism is paramount.

The coolant pipe is made to resemble a ribbon- this way; it is more concentrated and can snake through the battery pack to reach each battery cell. The ribbon shape is crucial in maintaining effective thermal management.

The various battery modules in the EV heat at different rates thereby calling for subjective cooling. To actualize this, Tesla vehicles have a computerized system that detects temperature changes in the various modules and activates the coiling process when a battery module overheats.

It is rare for temperatures to vary in the various battery modules in a Tesla. This level of efficiency coupled with the computerized system makes the Tesla thermal management system very effective.

How Do Tesla Vehicles Cool When In Ludicrous Mode?

Tesla has built its vehicles for both conservative and adventure-oriented drivers. Most drivers prefer to drive at normal speeds although there is a special class that likes to put the Tesla batteries to work.

When operating at full capacity, a Tesla is said to be in ludicrous mode. In this mode, the batteries deliver power at a faster rate and the car accelerates at unusually higher speeds.

In ludicrous mode, the pushback will be thrilling but the heat generated in the battery section might kill the mood. The coolant needs to be distributed at a faster rate to prevent the heat from reaching other crucial areas.

High temperatures in the battery modules can reduce range. Since you are not out to set driving records, it would be safer to just drive your Tesla at the normal driving speed. If you choose the thrill over efficiency, prepare for unexpected coolant refills.

An anti-freeze is installed in cars with regular radiators to prevent the radiator water from freezing and cracking the radiator. Tesla vehicles do not have conventional radiators so an antifreeze system is not needed.

One aspect worth noting however is that the coolant used in Tesla vehicles can prevent freezing. A too-cool battery will not perform at optimum levels and the coolant prevents this.

Tesla vehicles rarely have battery freezing issues since most of them are charged overnight, this helps to warm up the battery cells.

What Coolant Does Tesla Advocate For?

Tesla does not offer much information about the coolant requirements but its website mentions the need for G-48 ethylene-glycol. For further information, you will need to contact Tesla.

There are warranty violation clauses that might hit you if you use the wrong coolant on a Tesla. There are however a few brands in the industry that those without access to the Tesla brand are using- Zerex G48 antifreeze.

It comes with the following specifications.

For years, radiators have cooled car engines and saved us hefty fees at the repair shop. It is expected that every car will have a radiator but Tesla cars are a little different.

The radiators employed in Teslas are smaller and lighter. Tesla vehicles are highly efficient and the need for radiators is mild. Instead of radiators, Tesla uses a special fluid called coolant to cool the batteries.

The coolant is distributed through the battery pack via a ribbon pipe which allows direct contact with the coolant for each battery cell.