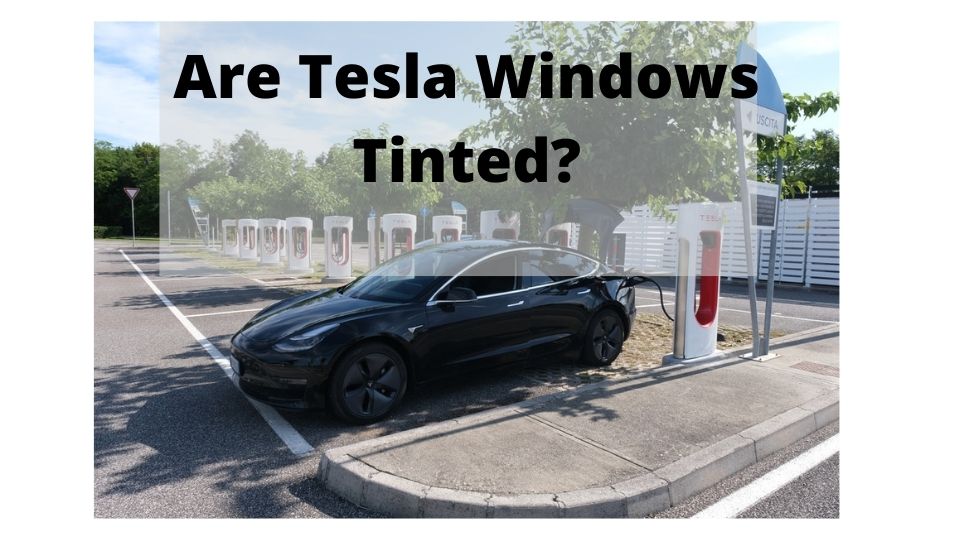 Tesla cars are considered by many to be the automobiles of the future, today. This means that they tend to look apart from the rest of the traffic on the road and are instantly recognizable.

Now, we all also know that a tint can improve the looks of any vehicle, even a Tesla car. So, the question then arises,

Does Tesla come with tinted windows?

In short, No, Tesla cars don’t come with tinted windows. These cars come without a tint and if you like to have your Tesla tinted, then you need to have the job done by yourself. Or you can take the vehicle to an auto detailer located near you that works on Teslas.

You can look through the Tesla catalog (except Model X and Y, explained below) and you won’t find an option for tinting. This is a bit sketchy since Tesla has made their cars quite customizable to suit their users.

This is a real shame since most automakers do offer you tinted glass as an option. They tend to tint all of the windows except the one upfront. Privacy glass is also a cool feature that’s available on many cars nowadays. That’s what Tesla also puts on their cars, but apart from privacy, it doesn’t offer features like

So yes, you’ll have to reach out to an experienced auto detailing expert. Remember, that a Tesla tint process isn’t as simple as the ones on other vehicles. This is because these cars come loaded with electronics that you have to be careful with during the tinting procedure.

Does Tesla Model 3 have tinted windows?

No, just like on the rest of the Tesla range, there are no stock Tesla Model 3 tinted windows. You’ll have to get them tinted by yourself from a detailer of repute.

Does the Tesla Model Y come with tinted windows?

No, there are no Tesla Model Y tinted windows offered by the company themselves. But yes, the rear window on this vehicle is smoked and is hence darker than the rest. This is because it falls into the SUV/truck category according to the laws in the US, so the rear window can be darker.

Why do Teslas not have tinted windows?

I’ve already established that there are no stock tint options on Tesla cars. But why is that so? Well, the simplest answer is that there are varying levels of tint out there.

The level allowed on cars differs by the state that you are located in. Tesla doesn’t want to bother with offering different options by state.

However, the Tesla Models X and Y do come with a smoked rear window. This is because they are SUVs and hence, they fall into the truck category under US laws.

As a result, Tesla does offer them darker rear windows. That being said, they’re still not tinted; just smoked. So, you’ll still have to offer to get the other windows tinted by yourself. It is all explained in this thread.

What kind of tint does a Tesla use?

There are several tint options available on the market. Some detailers will recommend a metalized window film for your Tesla. However, it is imperative that you go with a ceramic window film.

This is because it will not affect the aforementioned electronics in your Tesla. And yes of course, it is also engineered to block UV rays better and keep your Tesla cooler.

So, the quality is a factor in the choice as well. But remember that this is just a recommendation and that you can use all sorts of tint for your Tesla.

Despite ceramic coating being recommended for your Tesla, you really don’t need any special sort of tint. You just need to have it done by a good detailer as there are many electronic components in the car that are susceptible to damage from the tinting process.

How much does it cost to tint windows on a Tesla?

According to the experts online, you could spend anywhere between $400 and $1200 on ceramic tint for all of the car’s windows. This is if you go to an experienced and reputable auto detailer. You should easily cross the $1000 mark if you go for a premium brand of tint.