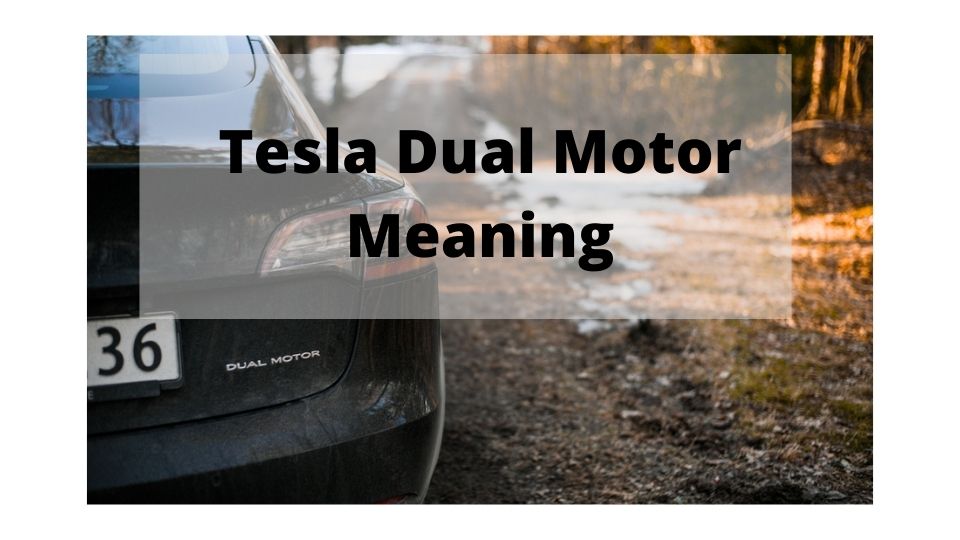 Ever wondered what the Tesla Dual Motor is? Well, in this post we will be looking into this very subject and we hope to have given you the best possible answer so stick around.

Without a doubt, Tesla has been a game-changer in the EV industry and over the years they have made innovation after innovation which has opened up the industry to other players in the EV space.

The advances they have made technologically have jumped an industry that was not put into serious consideration at least 10 years into the future. EVs are now a very real and practical thing and at least 15 other players have gotten into this field Tesla has a lot to do with the growth of this industry.

One of the greatest milestones set in this industry is the electric motor and battery. Traditionally, Teslas started off with a single motor on their vehicles.

What is Tesla Dual Motor?

So, what exactly is a Tesla dual motor? Well, this is a situation where a Tesla has 2 motors, one in the rear and another in the front. Older Tesla models used to have a single motor in the rear of the vehicle.

This motor was set on the rear axle and drove the rear wheels of the vehicle. The dual-motor was introduced effectively making it an all wheel drive vehicle.

In traditional all wheel drive vehicles, the rear and front axles are connected by a shaft. In a dual-motor Tesla, the front and rear motors are controlled independently by the computer meaning that power can be transferred between the rear and front motors in milliseconds.

Just like in an all wheel drive vehicle in the ICE word, you get better traction in the dual-motor Tesla. You also get insanely superior power and the same range as on the traditional single-motor Tesla.

The dual-motor Model 3, for example, is capable of going from 0-60 in an insane 3.3 seconds. This rivals most internal combustion engine super cars.

Why Do Teslas Have 2 Motors?

As we’ve already touched on in the above section, the dual motor setup offers a lot more power and better performance when compared with the single motor option.

But what exactly necessitated the dual motor setup? Well, the first answer to come to mind would be Elon Musk and Tesla’s drive for continual improvement. The second is somewhat tied to the first point: it makes Tesla a more effective and efficient vehicle.

Let’s look at the benefits one by one. The first and most obvious reason is that two motors greatly improve the vehicle’s torque which is the primary reason for the 3.3 seconds 0-60 time. The dual-motor setup also gives the vehicle better road holding capability.

What is the Benefit of Dual Motor Tesla?

Simply put, you get more “bang on your buck” with a dual motor arrangement in a Tesla. The beauty of it is that you actually do not get a drop in range while getting the benefit of running two motors in tandem.

The reason this is so is that there is quick communication between the computer and motors switch the motors on and off in nanosecond intervals.

What this means is that the motors are actually not running at the same time but taking turns at an extremely high speed. The motor that is activated is the one that is going to give the most efficient output as and when it is needed.

The Tesla Dual motor setup is definitely worth the effort. Not only are you getting greater torque, more speed, and more power, but you are also getting better efficiency. There really isn’t anything you could speak against it.