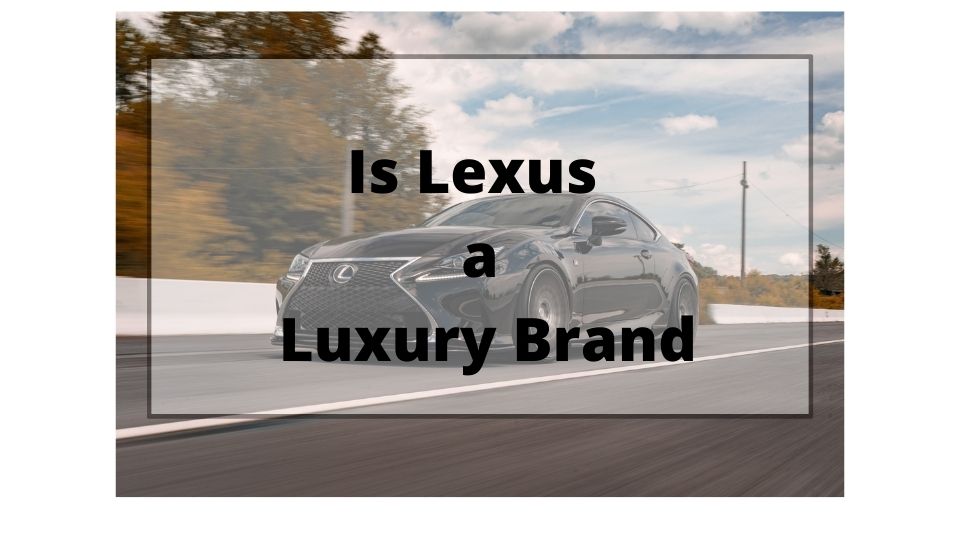 The first Lexus was introduced in 1989 and has since become a top-of-the-line car. However, while we might know what a Lexus is, the question remains: is it a luxury car? In this article we are going to look at whether or not Lexus is considered a luxury vehicle, lets dive in!

Is Lexus a luxury car?

In short, yes, Lexus is a luxury vehicle. Lexus has become one of the most selling luxury vehicles in the United States and it has been recognized as such by both Forbes and Fortune Magazine due to its quality, exclusivity, and convenient tech features.

What is considered a luxury car?

A luxury car is typically a performance vehicle that has luxurious features that go above and beyond the average necessities.

Luxury cars have traditionally been those with better performance capabilities, lavish interiors, and the latest safety and technology features.

Sometimes it is quite easy to sport luxurious cars because some brands are known for being luxurious car manufactures like Mercedes Benz, Audi, and BMW, but for the most part, a luxury car is just that.

Are Lexus cars considered a luxury?

Lexus is considered a luxury car because of its high-end quality, performance, and overall convenience.

The car is equipped with luxury features such as heated seats, ambient lighting, power rear exterior mirrors, an entertainment system that boasts surround sound with a DVD player and a backup camera.

It also has some of the highest safety ratings in the industry, which is very important for a luxury car. The car has safety features such as a blind spot monitoring system, pre-collision system, adaptive cruise control, and lane departure warning that make the driving experience safe and efficient.

It is known that Lexus is a luxury segment owned by Toyota, there certain things that separate a regular Toyota from a Lexus which makes these vehicles Luxurious including:

It is known that luxury cars are the classiest and best built in terms of interior quality, just like regular cars Lexus has a lot of variety inside their vehicles, and all of their interiors are high-end and luxurious, each year they improve the interior design making them more impressive than before.

Luxury cars like to advertise how reliable they are, Lexus is one of the most reliable cars in terms of long-term usage, with fewer issues and problems, it also has a very high resale value which makes it prestigious. They also have a pretty good reputation for reliability, especially when you consider how many Toyota’s can be found on the used car market.

Although Lexus is known to be fairly conservative when compared to the German luxury brands, it does still offer a lot of technology inside its vehicles. The brand offers safety-focused tech in their cars which includes blind spot monitoring, lane departure warning, and auto high beams.

Lexus is known to perform well in the driving experience. This is due to having a very high-end suspension, as well as a very smooth ride that makes you feel like you are on air rather than on the road.

Is Lexus more luxurious than BMW?

Unfortunately, no, Lexus is not more luxurious than BMW. Although these two brands have a lot of similarities, their quality and the number of luxury features they offer are not the same.

Which is the most luxurious car of Lexus?

When it comes to the most luxurious car of Lexus, we can say that it is the LS model. The LS has a lot of incredible qualities that make this vehicle very luxurious and is considered the flagship model in the Lexus lineup.

Conclusion on is Lexus luxury

Lexus is one of the most recognizable brands in the automobile market, due to its high-end quality and luxury ability, it has become a very popular brand in the United States. Although Lexus is not considered more luxurious than BMW or Mercedes, it still offers luxury features that most people enjoy using and appreciate.