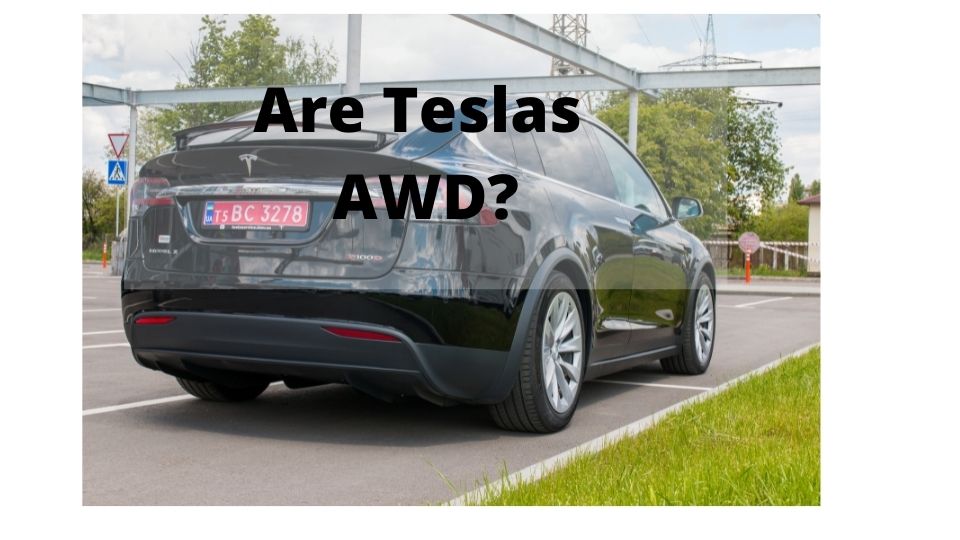 Tesla’s cars are known for their sleek and futuristic styling, but they’re also known for all-wheel drive. But what exactly does this mean? How widespread is it? And should you consider it when you’re looking to buy a Tesla? In this article, I’ll be talking about AWD in Tesla vehicles so read on and enjoy.

In short, on newer Tesla models, only Model S, Model X, and Model 3 Long-range come with AWD as standard, in other models like Model Y and Base Model 3 AWD is an option and can be purchased at an extra cost.

What is AWD (All-wheel-drive)?

All-wheel drive or AWD is a type of vehicle drivetrain layout that distributes torque to all wheels and allows all wheels to have traction. This improves the average performance of a car’s traction and grip, even in extreme weather conditions.

As of the writing of this article, the only Tesla models that come with all-wheel drive are the Model S, Model X and Long Range Model 3. However, if one were to look up the specs for model y and base model 3, they would see that it says “AWD available as an option.”

The same goes for Tesla’s older vehicles which still have a relatively low supply on the market. For example, I’ve seen several first-generation models’ with all-wheel drive. For any Tesla model not named above, one will have to purchase an all-wheel-drive as an option.

Are Tesla Model 3 AWD to RWD?

Tesla Model 3 comes with both AWD and RWD. The default configuration is rear-wheel drive (RWD) but the all-wheel-drive version (AWD) can be ordered as an option. Except for the latest Model 3 Long-range pack which comes with AWD as standard

How Does the Tesla All-wheel-drive (AWD) System Work?

The system constantly monitors performance and traction, and it can send up to 100% of available torque to either axle. This helps Tesla achieve better handling characteristics in a variety of weather conditions.

Is Tesla AWD Good in the Snow?

Tesla AWD thrives in the snow. It is safe to say that Tesla AWD is amongst the best in the snow. The battery pack, motor, and electronics are located in the base of the car, providing great weight distribution and stability, making it much less likely to get stuck or spin out.

Even if you get stuck, there’s enough torque to pull you out. AWD is amazing in the snow because it provides traction or driving force to all four wheels of the vehicle instead of just two. It helps in acceleration by providing power to all four wheels simultaneously, which improves traction and prevents tires from spinning out when accelerating on a slippery surface.

It’s also helpful when climbing up a hill since each wheel has its own set of gears that can be adjusted according to need.